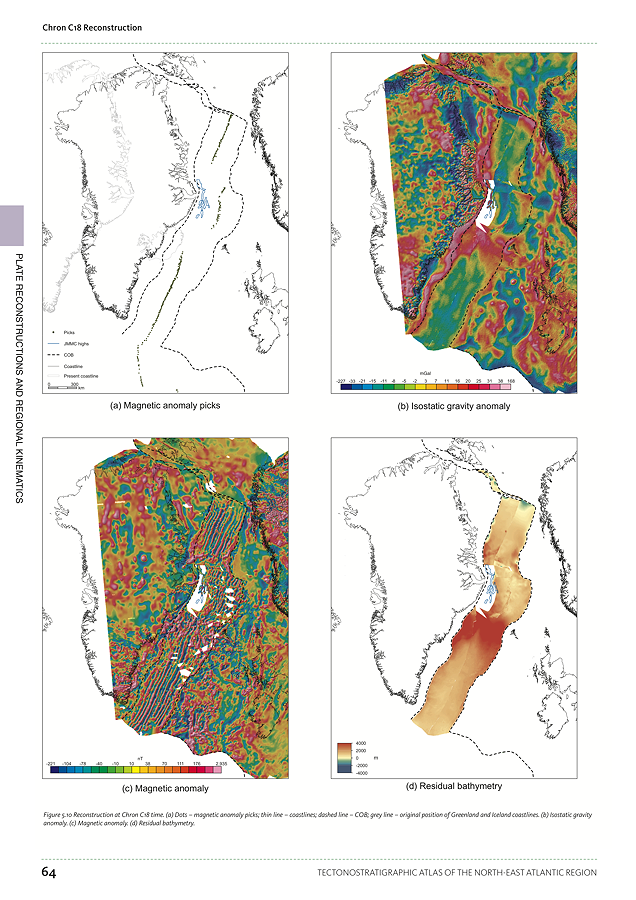 In the North-East Atlantic, oceanic crust was created continuously from the late Paleocene to the present, forming the Irminger and Iceland basins south-west and south-east of Iceland, respectively, and the Greenland and Lofoten basins north-west and north-east of the Jan Mayen fracture zone complex (Figure 1.1). Based on a growing database of geophysical data many authors have proposed several kinematic models for these basins (e.g., Skog- seid and Eldholm, 1987; Srivastava and Tapscott, 1986; Talwani and Eldholm, 1977; P. R. Vogt, 1986; P. R. Vogt and Avery, 1974).

Recently, a more complex kinematic model has been suggested for the evolution of the North-East Atlantic (Gaina et al., 2009). Although isolated changes in the plate boundary have been previously proposed, the Gaina et al. (2009) model presented a comprehensive and integrated regional view that attempted to explain and quantify the complexities in the evolution of plate boundaries along the entire North-East Atlantic.

Chapter 5 presents a new kinematic model that incorporates these latest results into a regional framework.