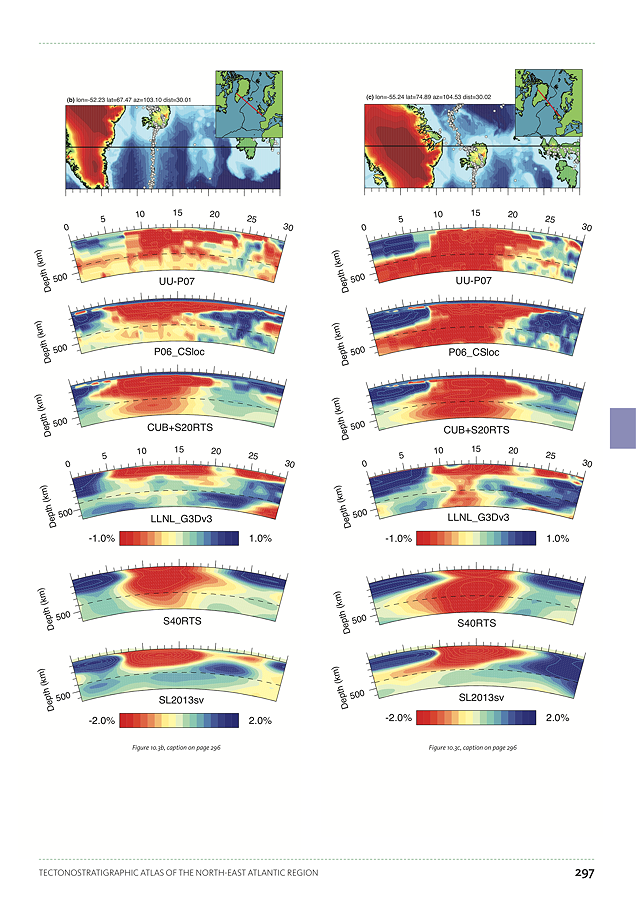 This chapter focuses on the three-dimensional (3-D) structure of the Earth’s mantle under the North Atlantic region obtained with seismic tomography. The upper mantle of the North Atlantic is unfortunately not well imaged due to a lack of seismological data (lack of station-earthquake combinations) that are sensitive to upper mantle structure. Model quality improves in the lower mantle. The structure of the upper few hundred kilometres of the mantle is best sampled in surface wave tomography models. A comparison between seven global models, from different research groups and based on either seismic travel-time data or on waveform and surface wave data, shows that the long-wavelength features (>500-1000 km) match best between models but shorter-wavelength details (<500-1000 km) do not correlate. This miscorrelation prompts caution when interpreting tomographic models of the North Atlantic mantle structure. The aim of this contribution is not to give a complete account of tomographic models but mainly to display results from different recent models as an introduction to North Atlantic mantle structure.