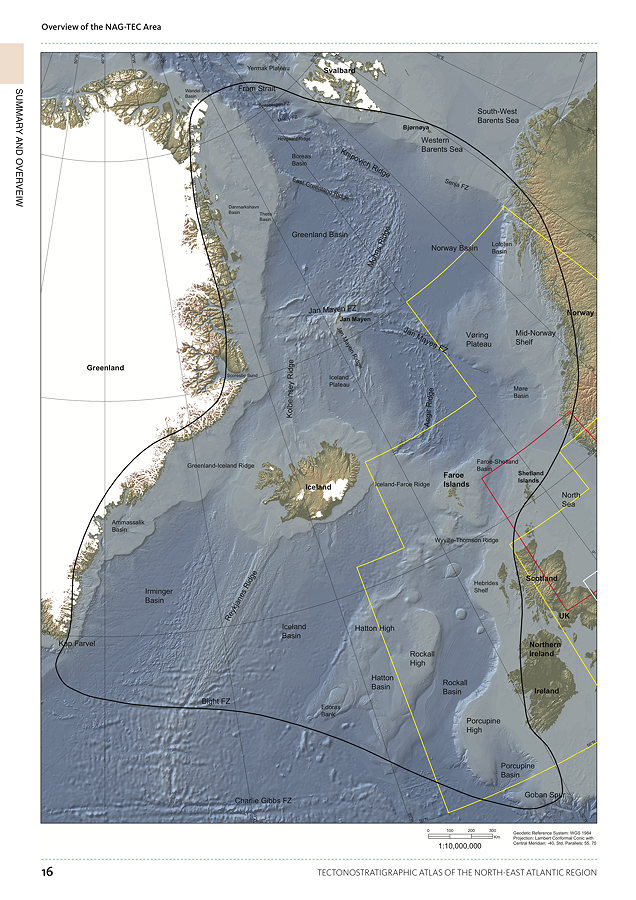 The Atlas includes new maps of bathymetry data, gravity data, magnetic data, crustal thickness, sediment thickness, earthquake epicenters and focal mechanism, structural elements, volcanic elements, and heat flow, among many others. Tectonostratigraphic information has been compiled from available wells and outcrops and is presented in a series of correlation panels for key locations around the region and as a series of stratigraphic distribution maps. These also include a collection of geoseismic sections from around the region. A new kinematic reconstruction for the Cenozoic has been derived based on new magnetic anomaly picks and fracture zone mapping. A brief review of the mantle structure beneath the region based on seismic tomography is presented. Finally, a short summary of the tectonostratigraphy of the surrounding areas is given.